Dedication of the Children’s Home in Rwanda 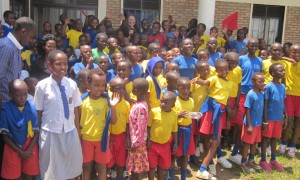 The National Convention in Rwanda near the end of February provided the opportunity to celebrate the completion and dedication of the children’s home. For many years we have been working to complete the construction of the entire building and recently the government suggested their intervention so the home could be used to house university students who survived the genocide and who have been given grants to complete university studies. Finally, the children for whom the building was originally constructed, have found their home for a season.

During the three-four years of providing a home for the university students, two homes next to our property have been leased to house the younger children who were already living in a portion of the home and are currently attending our free school.

I was delighted to be in attendance for the national convention and to be a part of the team to dedicate the home that is currently filled with 208 university students. Most of these young women are those who have grown up under our covering as those who survived and were orphaned during the worst violence suffered in the genocide. In fact, it was two of these young women who were instrumental in encouraging the government to intervene and complete the building. 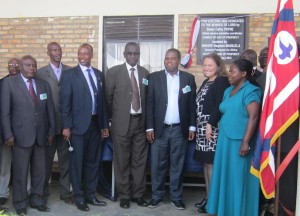 We are blessed with extraordinary young people in Rwanda as they move into the anointing and ministry of the present and future. Celebrate with us even as we agree together for the Lord’s presence, purpose, and glory in this ministry.